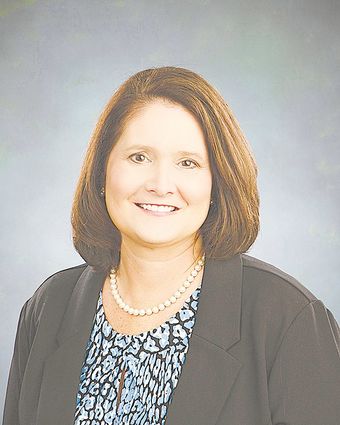 Students at Bratt Elementary School will see a new face behind the principal's desk when they return to school this fall.

On June 15, Amy Scruggs McCrory was approved by the Escambia County (Florida) School Board to serve as the school's new principal.

McCrory will replace Principal Karen Hall, who has been in education for 39 years, the past 11 as Bratt's principal. Hall said she going to spend some time with her family and she may decide in the future to step back into education in florida or Alabama.

McCrory graduated from Excel High School in 1991 and went to Troy State University, where she earned a bachelor's degree in elementary education in 1995.

She began her teaching career at Monroeville Elementary School more than 25 years ago, teaching second grade, in January 1996.

"I went between Excel and Monroeville Elementary, teaching second and sixth grades, so that's what I did as far as my time in the classroom," said McCrory. "For about 10 and a half or 11 years, I did that."

McCrory earned a master's degree in elementary education and certificate of administration in 1997 from Alabama State University and went from a second grade teaching position to being a high school assistant principal at Excel.

"That was my first leadership position," said McCrory. "That was pretty interesting. I got to understand those children were still children, with bigger bodies and a little bit different vocabulary. But I loved my time in high school and building those relationships with those children and understanding how the curriculum changed and remained the same as they went from kindergarten all the way up to graduation."

McCrory said she understood why what was taught in the elementary grades was so important as the children got older and struggled, citing those building blocks had been laid at an early age for them to be successful in high school.

In 2009, she earned an education specialist degree in educational leadership from Auburn University in Montgomery and became assistant principal at Excel in 2006.

McCrory said she was raising a family, working and attending school, and even though it was hard work, she is glad her children saw her succeed from hard work.

McCrory will retire June 30 from Alabama schools as principal at Monroeville Elementary School, where she has been for the past seven years, since 2014 and begin the following day, serving as Bratt's principal.

"I had originally considered taking a step back from leadership and maybe go back to the classroom," said McCrory. "But God had other plans for me. I could not be more thrilled to be able to lead that sweet little school. I have heard so many good things about the school and the Bratt community."

She served at the central office in Monroeville as the director of curriculum between her principal and assistant principalship and got to serve on a state science course of study committee, which helped her understand how every skill set helps with mastery and how important mastery is to succeed.

"I also got to work with community members and post-secondary institutions about doing things for students as they transition from high school," said McCrory.

McCrory said she has considered continuing in the administrative side of education, even participating in a course for prospective superintendents, but she realized her love of children would lead her elsewhere.

"I feed off the energy of being in the building with children," said McCrory. "It's just not any fun without the kids around."

McCrory said she and her husband have sold their home in Excel are looking to buy some land further south toward Atmore. McCrory said she has prayed hard for something near Bratt and feels that God allowed her to be selected.

"I don't really know a lot of people in Bratt, but I am so excited to get to know them and become a part of that community." said McCrory.