Man laughs as charges against him read 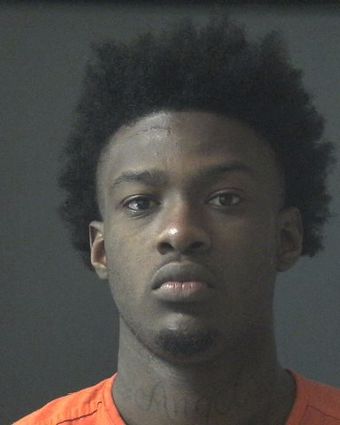 A Montgomery man said he didn't know whether to laugh or cry after Escambia County District Judge Eric Coale set his bond at $1.5 million on multiple drug charges that also included promoting prison contraband at Fountain Correctional Facility in Atmore.

Court records show on June 20, Frazier was found on the Fountain property with 56 grams of synthetic drugs (Flakka) and 768 grams of marijuana. He is also charged with being on the prison property with 21 cell phones, 21 cell phone chargers and 20 cell phone charging blocks. Officers also found digital scales in his possession, along with 14 lock blade knives, JB weld epoxy, one sawzall blade and two cans of mace.

During a bond hearing Monday, Judge Coale asked Frazier if he understood the charges against him and Frazier said no. The judge began reading the charges and when he told Frazier he was accused of possessing 768 grams of marijuana, Frazier began to laugh.

He continued to laugh as the judge read the charges.

"I can't even scratch my head right now," he said.

Frazier also told the judge he was out on bond from Montgomery at the time of his arrest on the charges in Escambia County.

After Judge Coale set his bond at $1.5 million, Frazier asked if the 10 percent to a bails bondsman would be $150,000. Judge Coale said according to his math that was right.

"I don't know whether to laugh or cry," Frazier said as he took his seat in the courtroom.