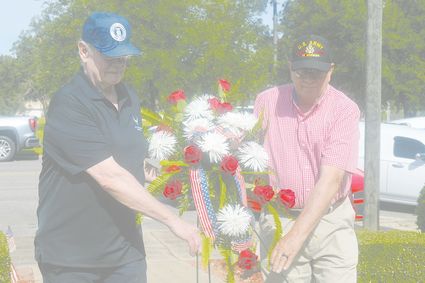 Wreath placed at base of war memorial

Monday morning on the lawn of the Escambia County Courthouse, a crowd gathered to honor the county residents who died in combat as the nation paused to pay tribute to the many men and women who gave their lives to protect the nation's freedoms.

From the Star Spangled Banner and patriotic songs, the event ended with the playing of taps after retired Marine Col. Charles Jackson read the honor roll naming the 175 county residents who were killed during World War I, World War II, the Korean War, Vietnam and the War on Terrorism.

As Jackson called the names, relatives of the fallen soldiers made...