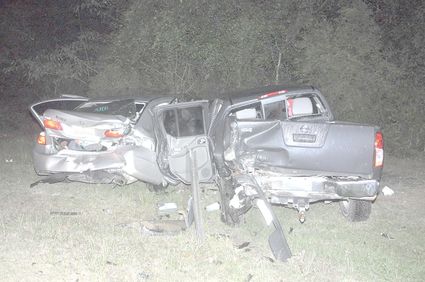 The Alabama Law Enforcement Agency continues its search for the driver of a vehicle responsible for a multiple-vehicle crash Monday night near Flomaton that claimed the life of an 85-year old Molino man.

According to reports released by ALEA, Marshall Fant was killed in a collision that occurred after the original wreck at the intersection of Highway 31 and Old Highway 31 near the racetrack.

Fant was driving a 2014 Nissan Frontier when his vehicle collided with a 2013 Honda Accord. The report said Fant exited his vehicle after the crash and was standing outside his vehicle when a 2020 Toyot...