Has Bigfoot been shot, killed? 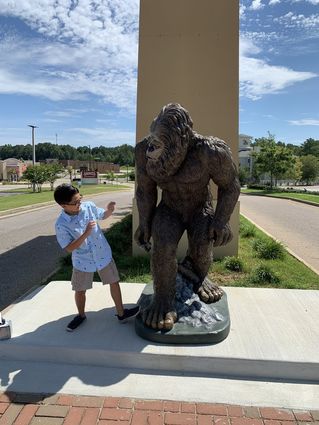 Evergreen claims to be Bigfoot Capital of the World

In a stunning development of potential nationwide importance, a local man shot and killed a large biped Monday that eye witnesses say resembles a human, a bear and an ape. Local social media was flooded with many claiming that the creature is Bigfoot.

In a not so stunning development, Monroe and Conecuh County officials are at odds over who gets to profit from the creature.

John "Skeeter" McGillicutty, 36, of Burnt Corn reported that he bagged the creature Monday afternoon in his backyard that sits adjacent to the Monroe-Conecuh County line.

According to McGillicutty, the creature was un...