With perpetual care lacking, she wants volunteers to clean up area 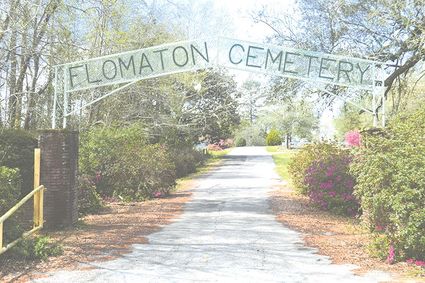 Until a long-term solution to maintain the Flomaton Cemetery is developed, Kay Wagner is spearheading an effort to bring back Decoration Day to have volunteers gather at the cemetery for a day of cleaning, pruning, weedeating and decorating graves with new flowers.

A trust fund was originally created to provide perpetual care for the cemetery and funded primarily through the sale of plots. Under the trust agreement, the trustees could only use the interest from the account to pay for maintenance. The trust named the mayor, postmaster and president of Escambia County Bank as trustees. The trust was funded by the sale of lots and donations.

Wagner added that there are no more plots available to sell to help generate more revenue. However, she did say there are a lot of vacant family plots purchased by families that no longer live in Flomaton.

"Maybe they could donate those plots back and they could be sold to others," she said.

Wagner wants to hold a community event to clean up the cemetery to get things started.

She said Decoration Day began on May 5, 1868 after the Civil War ended and was a day set aside for people to decorate the graves of the war dead with flowers.

"It was an annual event, especially in the deep south," Wagner said.

She said the Decoration Day was normally held the Saturday before Mothers Day.

"My idea, due to the current circumstances, is to bring it back," she said. "We're in dire need of a Decoration Day."

She hopes the event will involve churches, students and children from the community.

"It's a way for kids to learn respect for their elders and give something back to the community," Wagner said.

Wagner said she's made no plans but wants people in the area to contact her with ideas.

"We need grass cut, trees trimmed and more," Wagner said. "Weeds are terrible. I've never seen it this bad. Drive through to see what you can do." 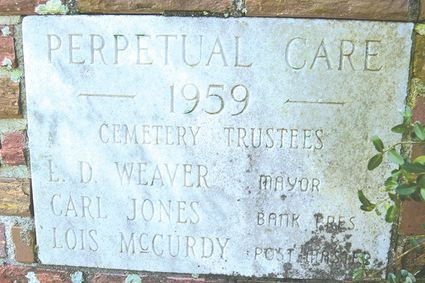 Wagner said she's open to any ideas and possibly a 5-K run to help raise funds for the cemetery.

"If anybody has any ideas, suggestions or solutions, I want to know," Wagner said.

She also said May 8 is not a date set in stone.

"If that date's not good we can do it any Saturday, even in April," She said.

Jim Justice, who has been working to come up with a solution to have continued maintenance at the cemetery, agreed that a clean-up day is a great idea.

"I think it's a wonderful idea," Justice said of Wagner's hope of holding a Decoration Day. "Most cemeteries have days like that several times a year."

Justice also said he'd like to hear from anybody who has suggestions and he can be reached at 251-296-2503.