Lee will stay on as Flomaton's fireman 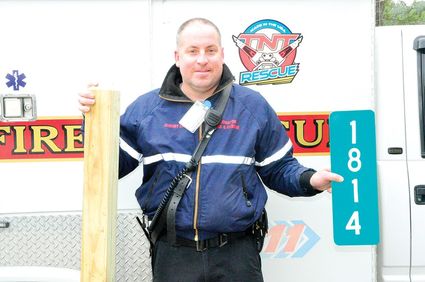 Flomaton's lone paid fireman, Jeremy Lee, who submitted his letter of resignation three weeks ago to accept a new job, will remain as the town's paid fireman following an agreement with the town.

Lee submitted his resignation on Dec. 30, but following a meeting with Flomaton Mayor Dewey Bondurant, Jr., he has changed his mind.

During Monday afternoon's town council meeting, Bondurant said he'd offered to raise Lee's pay from $13 per hour to $15 per hour.

"When we have good employees I want to keep them," Bondurant told the council.

He said Mayor Pro Tem Jim and he worked together to make the decision.

"Jim called me and said you're not going to be able to have another paid fireman like Jeremy for $13 per hour," Mayor Bondurant said. "He called every council member."

Bondurant said he met with Lee and the two agreed with Lee also taking on additional responsibilities at the fire house.

"We should have already done this," Johnson said. "We can't afford to lose our full time fireman."

As the full time paid fireman, Lee works the day shift and the night shift is turned over to volunteers.

Lee said the additional money was not the only reason he decided to stay.

"Flomaton deserves a paid fireman," Lee said. "I couldn't let it go. We deserve the best and I'll give it my best. This is my home and this is where I plan to stay."

One of the projects Lee is pushing right now is getting reflective address signs installed in front of as many Flomaton residents and businesses as possible.

Residents inside the town limits can purchase the sign and post for $15 and Lee will have it installed in front of their house.

He said since the town started the program about a year ago he had put up about 50 signs, but said the program slowed down during the COVID-19 pandemic.

"We'd like for everybody in the town limits to jump on board," Lee said. "It helps everybody."

Lee said when seconds can mean the difference between life and death or a house burning to the ground, having a visible address to direct first responders is the key.

Anyone wishing to have a sign can go to town hall and pay $15. Lee will make the sign and get it installed. He also said people can purchase only the sign and put it up themselves.

"When someone dials 911 they don't need the fireman, policeman or ambulance driver having to hunt for their house," he said.

Currently the $15 price is only available to people living within the town limits of Flomaton, but Lee said he hopes to expand it to the police jurisdiction and beyond.