Travis Salter back in jail again

Flomaton man on probation for theft of property, jailed for burglary, theft in Andalusia 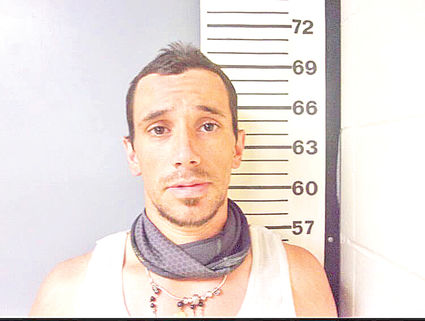 Travis Lee Salter, 32 445 Old Fannie Road, was arrested by officers from the Andalusia Police Department and jailed on $20,000 bond.

Escambia County District Attorney Steve Billy said a motion has been filed to revoke Salter's bond in a Flomaton case. Court records show Salter pleaded guilty Oct. 15, 2019, to a felony count of theft of property III. Cases against him for theft of property IV and domestic violence harassment were nol prossed.

In the Flomaton case, Salter received a 60-month prison sentence, which was suspended. He was then placed on 30 months of probation.

According to reports released by the Andalusia Police Department, investigators received a report Friday from the owner of Magnolia Jane Nail and Beauty that the west bypass location had been burglarized and several items were missing.

Sgt. Gene Jackson said officers reviewed the indoor surveillance video at the shop and determined a white male with tattoos down both arms, wearing a white tank top, cap and blue jeans had unlawfully entered the business.

Later that morning, Sgt. Jackson said the police department received a tip that someone matching the description was in the McDonald's parking lot. When officers arrived and made contact with Salter, they observed a cell phone in his back pocket that had been reported stolen. They also found other items on his person.

Salter was taken to the police department and interviewed and was later charged.

During the investigation, Assistant Police Chief Jamey Wismer found that additional stolen items had been placed in a hole near the business and covered with grass.