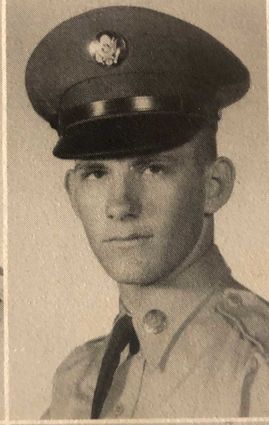 McKinley upon graduating from bootcamp

The early 1960s was a different world than our modern, pandemic stricken time.

Memories of World War II and Korea were still fresh in the minds of Americans as news coverage of a distant land called Vietnam began to take up more of Walter Cronkite's CBS Evening News during the decade.

Locally it might have looked a lot like the movie Stand By Me in that the events of South East Asia and Europe seemed far removed from Canoe, Alabama.

Meanwhile, in the basement of the Atmore Post Office, the United States Army had a recruiter and his door was darkened by my dad, Henry McKinley (he had rec...