Residents heard a 'boom' before fire 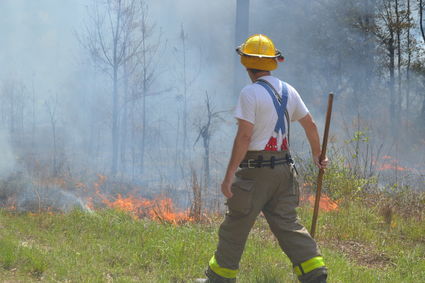 Residents on Bell Street in Flomaton told firemen they heard an explosion before a wooden shed erupted into flames that spread into a brush fire which prompted multiple fire departments to respond to contain the blaze.

Flomaton Fire Chief Steve Stanton said the department responded to a 911 call at 11:22 a.m. Saturday on Bell Street, which is located off of Martin Luther King Drive.

Stanton said when he arrived on scene the shed was fully involved and the fire had already started spreading into the woods. He said a resident told him she heard a loud boom right before the fire started.