Century, Flomaton honor their own 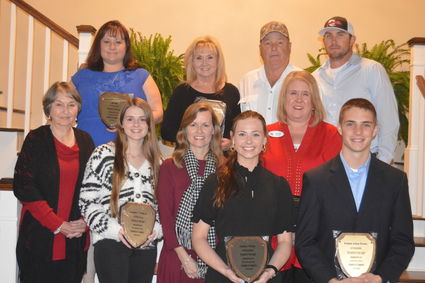 Honorees recognized for their positive impacts on the community

Mike and Nancy Wedgeworth, along with their son Mike, accepted Flomaton's Business of the Year award on behalf of L&W Welding.