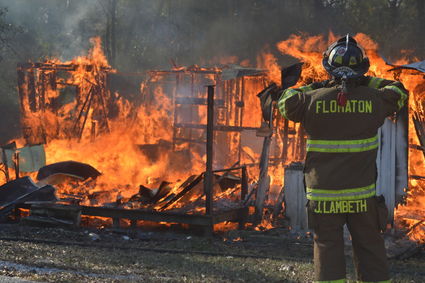 Two goals were accomplished Tuesday morning with a controlled house burn in Flomaton that eliminated a nuisance property and gave firefighters first hand training on battling a house fire.

Firemen from Flomaton, Century, Friendship and Barnett Crossroads, along with a MedStar ambulance crew and Flomaton police participated in the burn at 104 Martin Luther King Drive.

"The owner's family contacted Mayor Bondurant and asked if we could burn it," said Flomaton Fire Chief Steve Stanton. "He called me and I said we could as a training exercise."

Stanton said prior to any such controlled burn all...