Byrd is retiring after 40 years in education 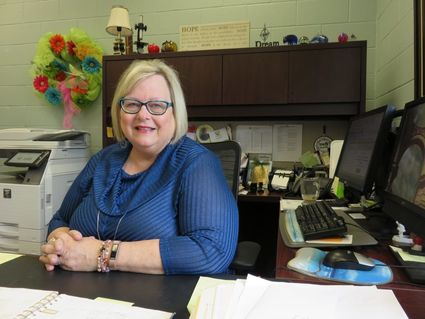 Byrd set to retire on Aug. 30 from Pensacola State College

There will be a new face at Pensacola State College (PSC) in Century this fall as Director Paula Byrd is retiring.

Serving as director of PSC's Century campus since its opening in January 2012, Byrd has taught in Florida public schools for 40 years and hopes that she can continue to be involved in helping others learn and find success.

Byrd completed her first two years at Lake Sumpter Community College in Leesburg, Fla. after graduating from Leesburg High School in 1975. She then moved to Pensacola in 1977 to attend the University of West Florida and got her bachelor's degree in special ed...