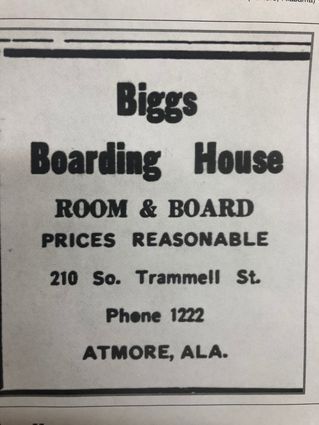 Housing was scarce in the early days of our area as the virgin pine forests awoke from their primordial slumber and the last shots of the War Between the States faded into memory.

Sawmills began to dot the landscape and workers, who often arrived in the area with not much more than the clothing on their backs, needed living arrangements. Boarding houses filled this need and soon each community had several.

A boarding house typically provided meals to the occupants and common areas were shared. Bathrooms, bathtubs and living areas were usually expected to be used by all boarders.