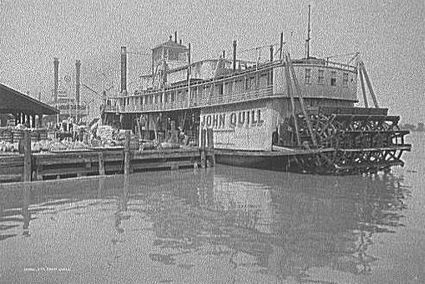 The river boat, John Quill plied the waters of the Alabama River near Boatyard Lake.

The age of antebellum river culture was already in decline at the outset of the War Between the States. Better roads and the coming of the railroad allowed easier access to distant inland areas. During the final days of the war, blue clad invaders marched through these areas during the twilight of their antebellum existence.