Coker in jail for robbery, assault and tresspassing served warrant for trafficking Karatom 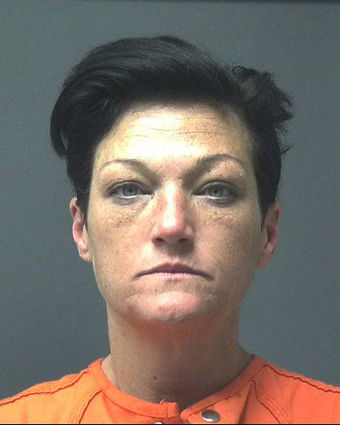 An Atmore woman already in jail on $50,000 bond from five charges filed by the Atmore Police Department saw her bond jump another $150,000 after being served Tuesday with a grand jury indictment charging her with trafficking Kratom.

Nadia Coker, 42, 619 Trammel St., Atmore, was already out on bond for an assault III charge when she was arrested Jan. 31 by Atmore police.

According to Atmore police reports, officers were dispatched to Acapulco's Restaurant at 300 East Church St., at 8:48 p.m. on Jan. 31 in reference to a disorderly customer.

When police arrived, an employee told officers Coker had exceeded her alcohol limit and they refused to serve her any more to drink. Coker became mad, pushed an employee, went behind the counter and poured her own drink. She then left the restaurant.

She was located later at another address and charged with robbery III, criminal trespassing I, obstructing governmental operations, criminal mischief III and two counts of assault III.

She was being held in the county jail on $50,000 on those charges. Reports also noted that Tuesday, Coker was served with a warrant charging her with trafficking Kratom and also served with a bond revocation. The grand jury set bond on the trafficking charge at $150,000.